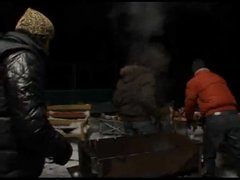 Published 11 years ago in Weird. Submitted by BMX_Tavi

Years and years of practice ...

Published 8 years ago in Other. Submitted by pignmar41

Published 3 years ago in Ownage. Submitted by cameramaster

Hundreds of brightly coloured cars descended on a idyllic Cotswold village in support of a pensioner whose photobombing vehicle was vandalised and branded an 'eyesore'. Peter Maddox was criticised by locals who said his vehicle was a blot on the idyll of Bilbury, Gloucestershire. A row brewed in the beautiful village over his bright yellow car which tourists said was ruining their photos, Mr Maddox had to scrap his beloved car after vandals scrawled 'move' on it and smashed the windows in. After hearing about his plight hundreds of sympathisers in yellow cars descended on the village on Saturday. 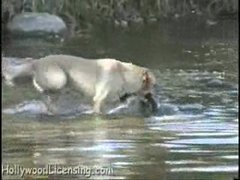 Yellow Lab Grabs His Own Diner

Published 10 years ago in Animals. Submitted by CrackrJak 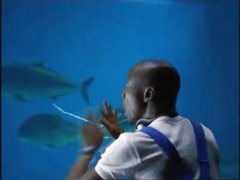 Published 12 years ago in Commercials

A classic commercial for the Dutch Yellow Pages.